Real VR – Fake VR is a 360° film experience that transports the viewer to a vast digital environment, moving slowly through a dazzling array of fluorescent geometry.

All scale is lost as we pass towering structures and the faraway metropolis landscape whilst the ambient soundtrack emphasises the sense of meditative timelessness.

Real VR – Fake VR is also the process by which this film has been made as everything is real, made by hand and with minimal software. The Tron-esque scene is fabricated from tape, post-it notes and cardboard, the effect achieved with UV lamps and 360° camera. 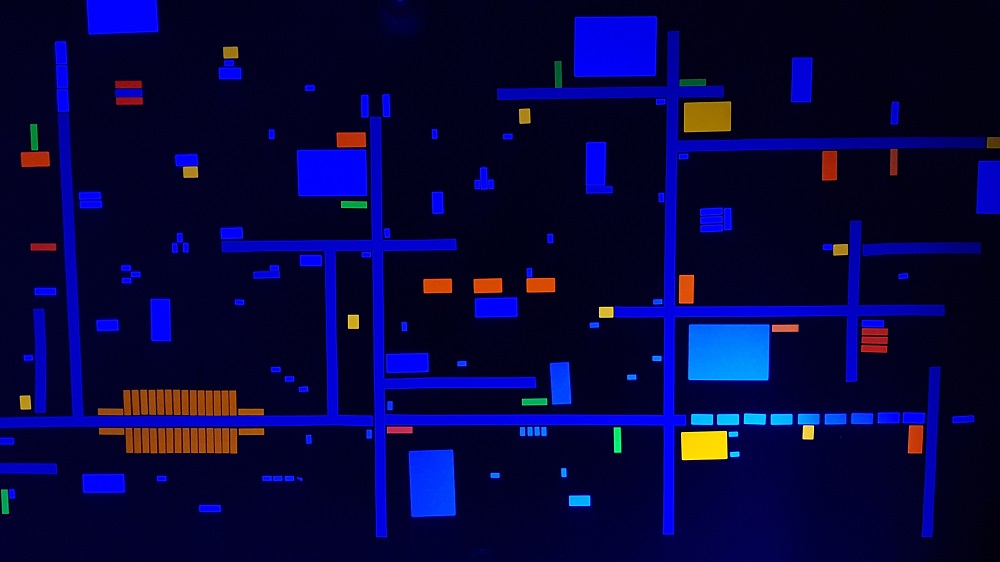 Please note, the fringe programme can be viewed for free but you cannot rate the artworks in this section.

To view all artworks and to Watch & Rate, please return to Programme. 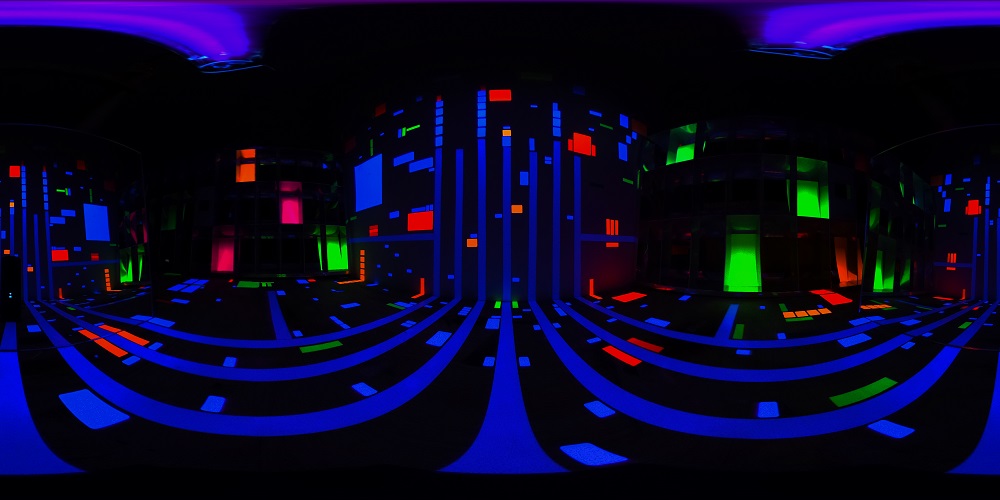 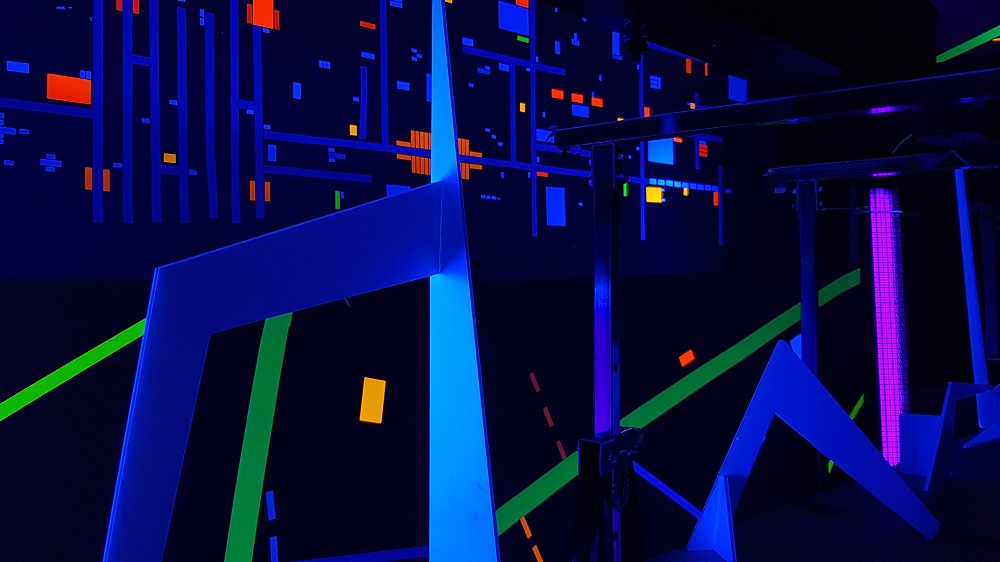